Dr. R. K. Sharma did his masters degree from JNKVV, Jabalpur in 1989 and doctoral degree from RGPV, Bhopal, in the year 2003. He joined the Department of Pharmacology and Toxicology, Veterinary College, Mhow as Assistant Professor in the year 1994. He served the college in different positions as NCC officer, hostel warden, sports in-charge, cultural in-charge etc. He received Shri Ramlal Agrawal Memorial National Award on his post graduate research work. He published one monograph and one technical bulletin and co-authored three published books. He is a member of editorial board of two scientific journals. His student received young scientist award from MP Council of Science and Technology. He has vast teaching and research experience and has about 60 research publications in national and international journals with 25 extension publication and numerous popular articles. He guided more than 14 students for their master's thesis and 2 for their doctoral research. He worked as PI in two research projects funded by MPCST, Bhopal and Noni Research Foundation, Chennai. He also worked as IPRO and Legal cell of the university. He is member of ethical committee of National Institute for Research in Tribal Health, ICMR, Jabalpur.

The College of Veterinary Science and Animal Husbandry, Jabalpur was inaugurated on July 8, 1948 as Central Provinces and Berar Veterinary College by Shri Jairamdas Daulatram, the Agriculture Minister, Govt. of India. This is the oldest constituent college (Estt. 1948) of the Jawaharlal Nehru Krishi Vishwa Vidyalaya, Jabalpur (Estt. 1964), over the last more than five decades of its existence, has been able to make an impeccable impact on the overall development of livestock production and management through its impressive teaching, research and extension activities in basic and applied fields. Consequent to the establishment of Madhya Pradesh Pashu Chikitsha Vigyan Viswavidyalaya (renamed as Nanaji Deshmukh Veterinary Science University) the college became a constitution institution of the new Viswa Vidyalaya with effect from 3-11-2009.

1.      To impart under graduate and post graduate education for producing competent veterinarians

4.      To provide expert advice on the matters of animal health and production including diagnostic services

1.      To promote need based and region specific research, human resource development and appropriate technology generation for  improving the rural livelihood

2.      To impart education in different branches of veterinary science

3.      To provide for the advancement of learning and prosecution of research in veterinary sciences

4.     To undertake the extension of veterinary sciences to the rural people in co-operation with the animal husbandry department
Govt. of Madhya Pradesh

3.      Development of quick and precise methodologies including kits for diagnosis of animal diseases

4.      Monitoring and surveillance of drugs, pesticides, mycotoxins and microbial residues in livestock and livestock products

6.      Development and transfer of the technology in all areas of animal sciences

The 2nd Inter-collegiate sports meet was held from 10-12 March, 2016 at Co.V.Sc. & A.H., Rewa. The Co.V.Sc. and A.H., Jabalpur and Mhow as well as college of Fishery Science, Jabalpur, participated in the event. About 150 participants took part in different sports activities. Smt. Mamta Sharma, Mayor Rewa was the chief guest of the inaugural function. Shri Rajendra Shukla (minister of Energy, Mining and Public Relations) was the chief guest and Vice-chancellor, NDVSU, Jabalpur, Dr. P.D. Juyal, presided over the function of the closing ceremony. The function also evidenced the cordial presence of Dean Faculty, NDVSU Dr. S.N.S. Parmar and Dean, Co.V.Sc. & A.H. Jabalpur, Dr. R.P.S.Baghel. The team of the Co.V.Sc. & A.H., Jabalpur won the champions trophy and Co.V.Sc. & A.H., Rewa ended up as runner up team. 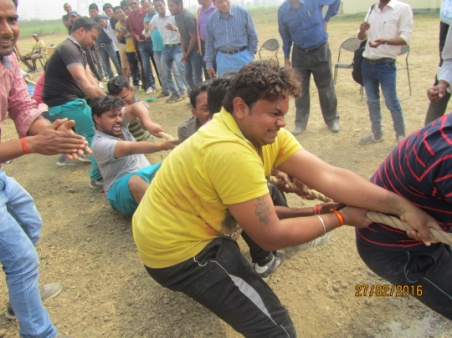 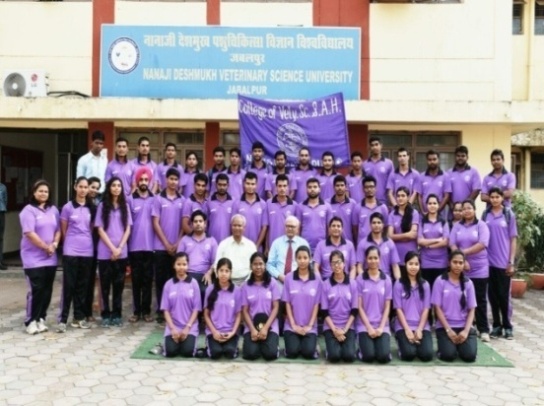 Intercollegiate cultural meet:
The intercollegiate cultural meet was held at Co.V.Sc. & A.H., Mhow from 5-6 March, 2016. The students of the colleges displayed their various artistic skills in the events and various traditional folk songs of the State. In the meet, Co.V.Sc. & A.H., Jabalpur achieved first position followed by Mhow and Rewa Colleges as second and third position, respectively. 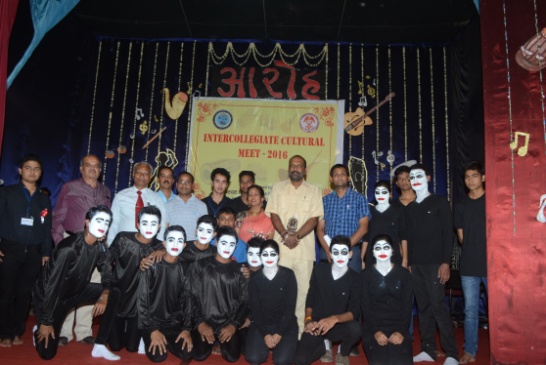 This prestigeous unit 1 MP R & V SQN, NCC Jabalpur came into exixtence in the year 1966 under the august leadership of Capt. V. B. Sali. Since then from last 60 years this unit has brought many laurels to the college. Apart from Equestrian activities, the unit also imparts basic military training to the budding veterinarians. The Unit is the winner of Director General Remount Veterinary Services Trophy (DGRVS) tropy in the year 2011. Till date the unit has produced 50 officers in Armed forces as well as in various administrative services. 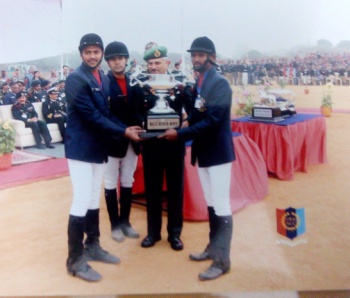 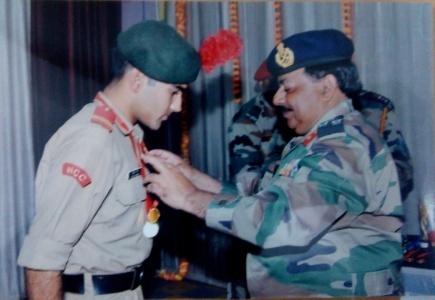 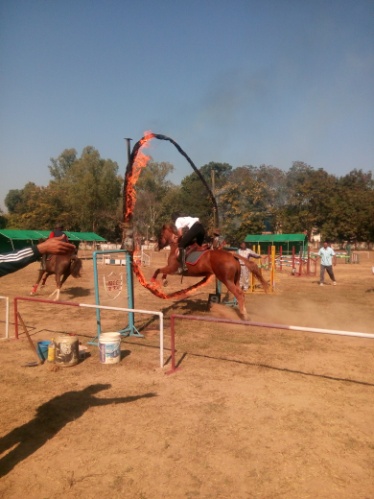 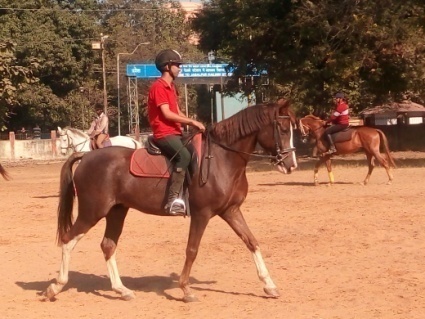 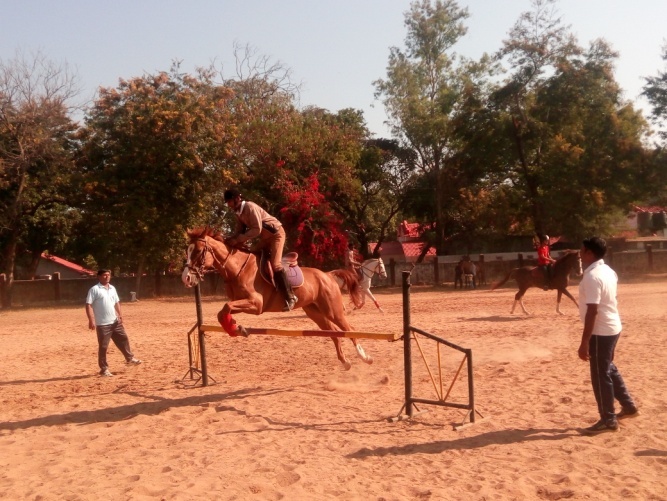 NDVSU Best Teacher Award: As per the guidelines of ICAR, the NDVSU best teacher award for the year 2014-15 was conferred to Dr. Devendra Kumar Gupta, Assistant Professor, Deptt. of Vety. Medicine, College of Vety. Sci. & A.H., Jabalpur. The award consisted of a citation and a cash prize of Rs 10,000. It was given by the by the Hon,ble Vice Chancellor, NDVSU, Jabalpur. 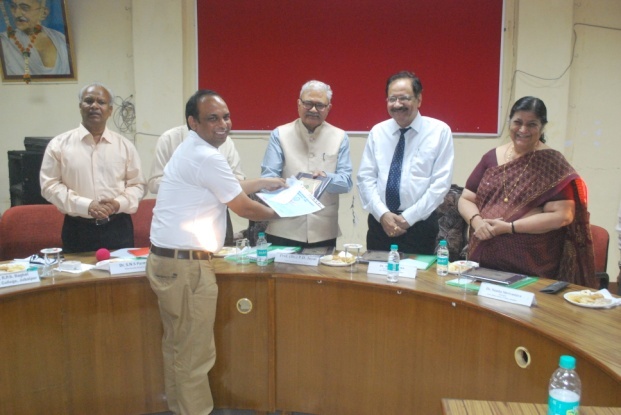 Best article award: Dr.Vivek Agrawal was awarded for best article “Studies on the efficacy of some anti-coccidial drugs in broiler chicks against isolates of Eimeria tenella” by IAAVP, organized at Madras Vety. College, Chennai, Feb. 2016. 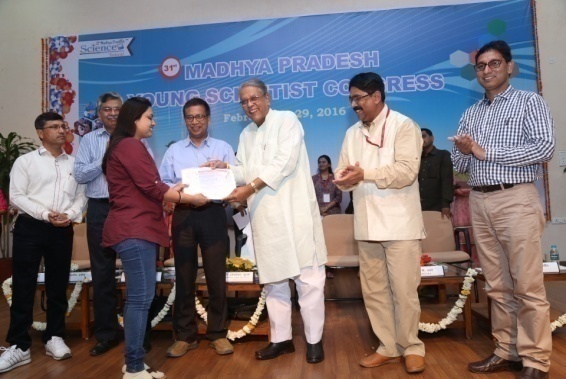